Can North Kingston Survive Fire Damage in Historical Areas of Wickford with Professional Mitigation and Remediation? 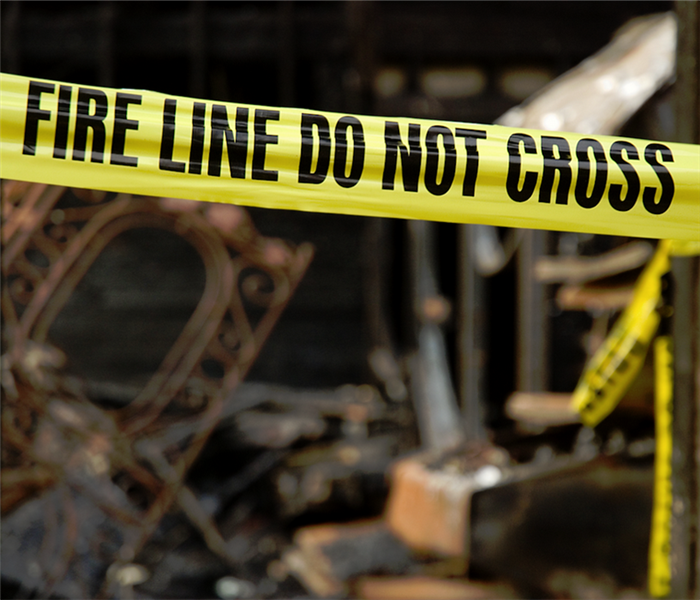 Fire damage can happen very quickly and unexpectedly. Contact our SERVPRO technicians 24/7 after an emergency.

SERVPRO Commits to Approach Fire Damage in North Kingston with Restoration in Mind, Working Hard to Bring Our Treasured Centuries-Old Structures Back from Destruction

Business and residential areas in North Kingston include neighborhoods and smaller villages within the larger town's footprint. If they now seem like quiet, quaint spaces within a 21st-century city, your perceptions would not be wrong. But you also might not know about the fascinating details in the histories of these subdivisions in North Kingston that relate very impactful events that stretch back far more than three hundred years.

Who Were the Original Inhabitants of Wickford Village?

Before European contact, the lands comprising Wickford were hunted and fished by the indigenous Narragansett people. The Narragansett language died out in the 1800s, so it is difficult to prove the precise meaning of the tribe's name, but many modern members of the tribe believe it means "people of the little points and bays." It is not surprising that their name alludes to a jagged shoreline, as Wickford Village arose around an incredibly protected natural harbor.

The Wickford Village portion of North Kingston owes its name to the town of Wickford in Essex, England. Situated on the west side of Narragansett Bay, the current village is just 20 minutes away from Newport, Rhode Island, connected by two bridges. What is now known as Wickford Village was settled in 1637. Roger Williams, a Puritan minister, author, and theologian, established Providence Plantations in the area, eventually known as the Colony of Rhode Island. As part of this plan, he bought land from the Narragansett sachem or chief Canonicus including part of Wickford's location. Williams adhered to an abolitionist viewpoint, studied the Narragansett language, and tried to develop the area consistent with

What Happened During Smith's Control of Wickford Village?

After a stay in Taunton in the Massachusetts Colony, Smith arrived in Wickford Village in 1637, the same year as Williams. Smith constructed a gabled house, which Williams spoke of as the first English-styled residence in the village and the greater North Kingston. Smith fortified his home, resulting in its later moniker as Smith's Castle. Smith obtained more land during his tenure in Wickford, developing what he called Cocumscussoc Plantation. The plantation centered the growing number of  European settlers' church, political, and social life. As unrest with indigenous peoples intensified, a European settler named Joshua Tefft was executed at Smith's Castle in 1676 for fighting on the side of the Narragansetts.

Homes built under Smith's expansion of the Wickford settlement now contained within North Kingston were targets during the 1675–1678 time frame of King Philip's War, a conflict with the Naragannset and other indigenous peoples. Smith's Castle burned completely, and many other buildings faced destruction. Smith's son Richard Smith Jr. rebuilt in 1678 on the foundation laid nearly 30 years earlier. The second Smith's Castle is still in place, gaining fame as one of the most visited spots in the Wickford Village area. The majority of the village's historic homes and buildings built between King Philip's War and the American Revolution still house residents and provide space for the village's business district. Remarkably, almost all retain their original foundations.

What Role Did Wickford Village in North Kingston's Experience During the Revolutionary War?

On Poplar Point, jutting out into the maze of islands to the east of Wickford Harbor, there is a lighthouse and a plaque. The plaque, dedicated in 1936 by the Pettaquamscutt chapter of the Daughters of the American Revolution, describes the contribution of the Wickford Gun, a cannon active in skirmishes between the Revolutionary forces and the British. The cannon arrived in March of 1776 from the brand-new State of Rhode Island and Providence Plantations. The Newtown Rangers were a motley group of young boys and older men who determined to strike a blow in the British conflict. They made it their job to learn how to use the cannon. Their use of the Wickford gun featured:

Wickford and the surrounding North Kingston's current inhabitants prefer fire damage restoration over teardowns and new construction. Residents honor the history and sacrifice of the early settlers and the 18th-century revolution. Many of the centuries-old buildings are owned by private citizens. They rely on our team's expertise to turn smoke and soot damage around, bringing properties back to their former glory.

How Does SERVPRO Deliver on Promises to Mitigate and Remediate Fire Damage?

SERVPRO sends managers and technicians to the Institute of Inspection, Cleaning and Restoration Certification (IICRC) for training in multiple and advanced specialties. The IICRC is an international restoration standard developing and teaching organization. Our workforce shares many years of combined experience in fire damage management. Investment in state-of-the-art equipment supports our trained and talented team in their quest to restore fire-damaged buildings and homes in the North Kingston area.

SERVPRO of Newport & Bristol Counties invests in a highly-trained workforce and innovative equipment to make fire damage "Like it never even happened" for homes of any age and condition. Call us 24 hours a day, seven days a week at (401) 847-8145.